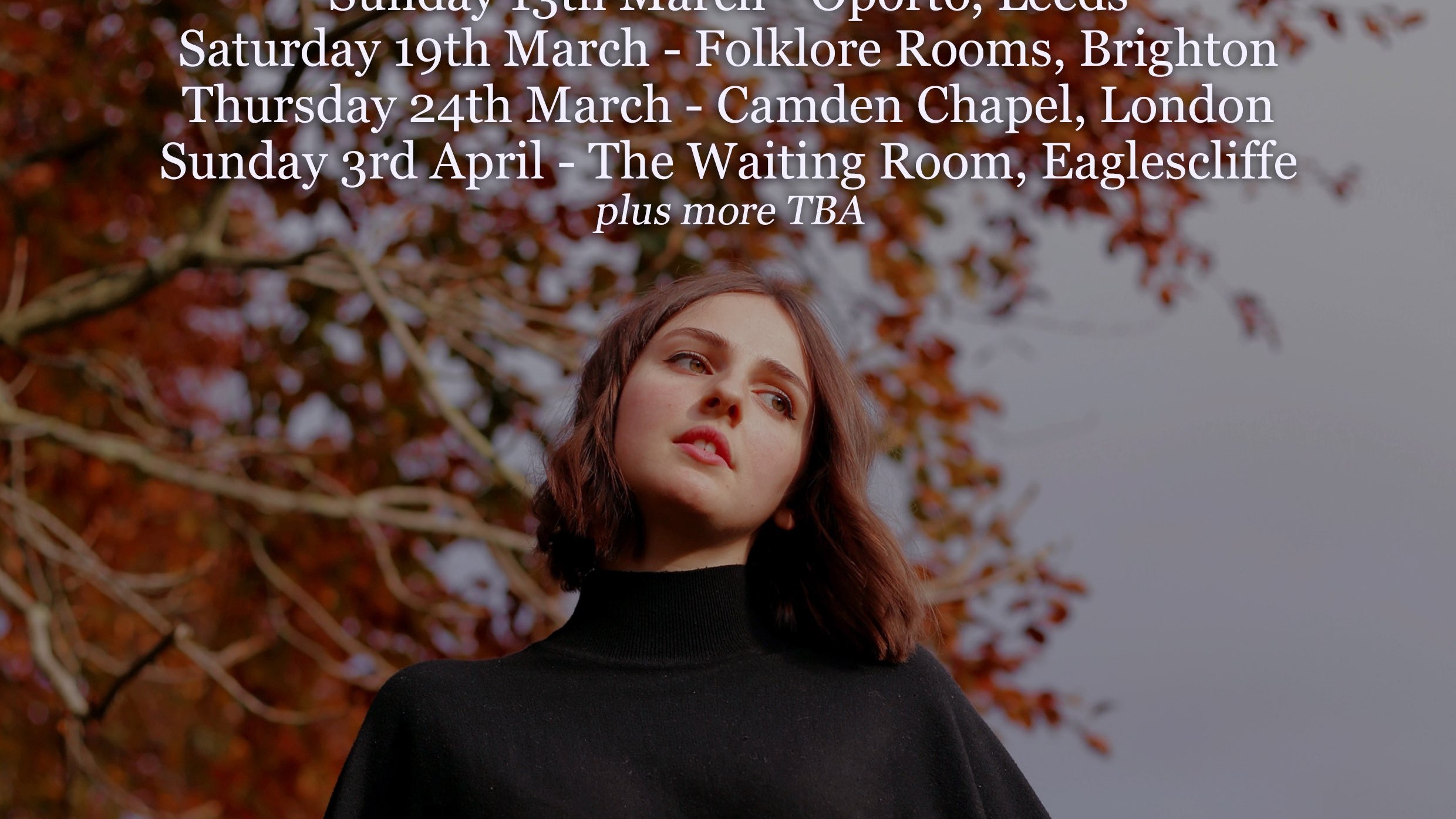 BBC Radio Young Folk Awards Nominee, UKE Magazine Best Newcomer winner and now English Folk Expo Mentor Scheme participant, Amelia Coburn is a truly stunning solo performer who bears comparisons to Kate Bush and Nick Drake with beguiling original folk and jazz influenced songs (many of which have received national airplay on 6music, BBC Radio 2 and RTE1 in Ireland – she can count Mark Radcliffe and Tom Robinson as big fans) who has performed at Cambridge Folk Festival, Costa Del Folk in Ibiza and numerous other national and international events including sell out solo shows in her native North East and elsewhere as well as supporting a diverse range of artists including The Wedding Present, Steve Harley and the late folk legend Vin Garbutt.

Since being nominated for the Young Folk Awards, Amelia has travelled the world as part of her language studies and performance commitments. Extended stays in France, Mexico and Russia have informed her highly evocative and spellbinding original songs which draw on European folk and gypsy-jazz influences. Although initially known for her exquisite intepretations of less-travelled new wave and pop songs from the likes of The Specials, Elton John, Dexys and Sparks she has taken some of this energy and artfulness into her own songs and particularly in her highly lyrical, narrative style and subject matter. From vengeful widows, sleep paralysis, mutinous pirates and Mexican street food to poetic tales of bittersweet romance and more she is not your run-of-the-mill writer and her gift for timeless-yet-inventive melody is truly world class.

With a new EP scheduled for release during her spring tour and a debut album of original material along the horizon this is possibly a first and last chance to catch her in truly intimate settings.