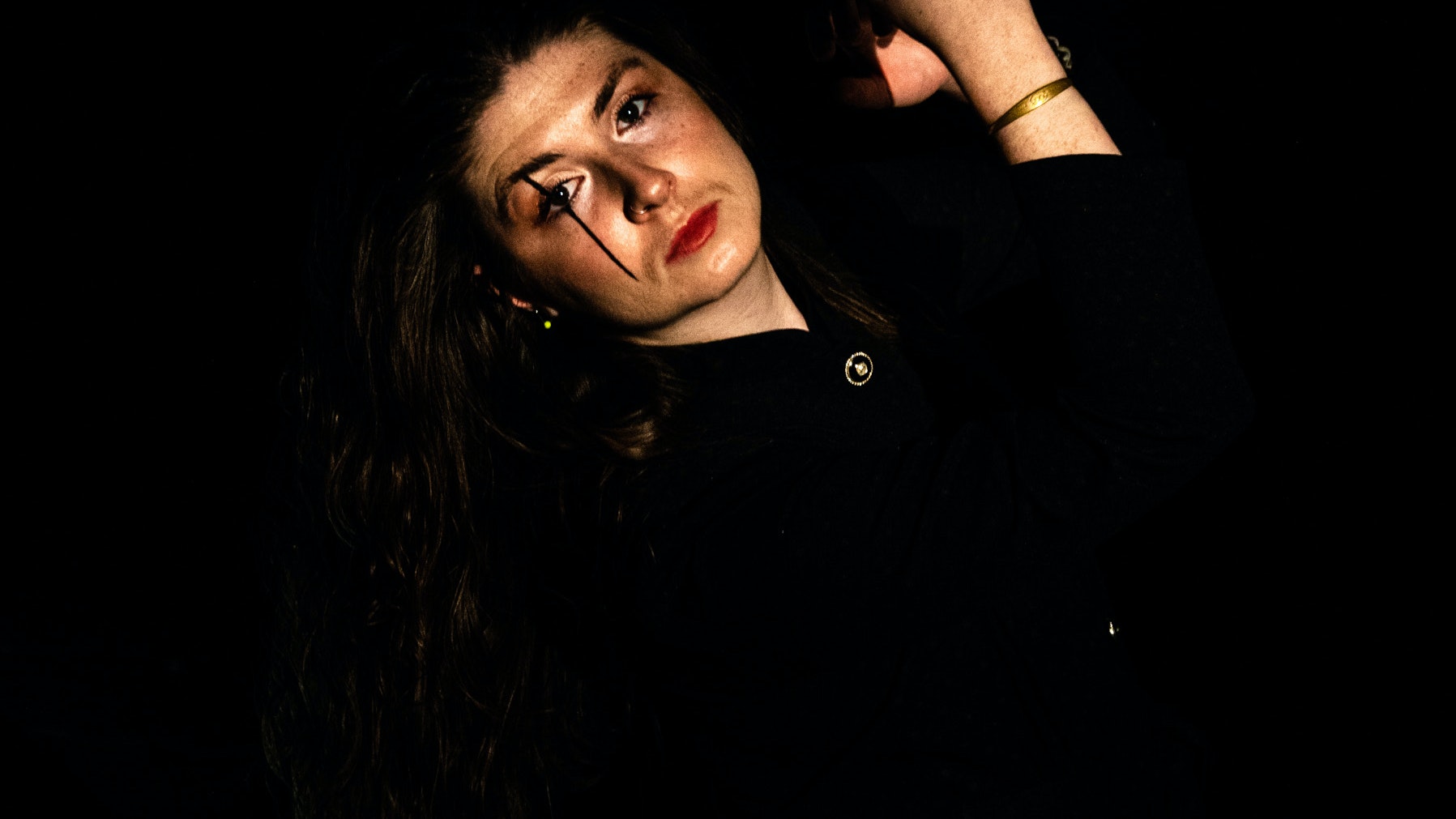 Impossible to pin down, Beija Flo’s sound is one that encompasses everything from open hearted balladry to acerbic punk. Tackling everything from love and relationships through to mental and sexual health, she is truly an artist for our times, juxtaposing her darkest moments against those of enduring hope. To witness Beija Flo live is an unforgettable experience. Songs, performance and costumes aside she provokes a conversation that many would shy away from. Beija Flo’s reality is weaved through music, poetry and the narrative she shares with an ever growing audience.

An Essex-native, Beija Flo now calls Liverpool her home. Involved in lots of happenings in the burgeoning arts scene, she is a regular life-model, part of the Eggy Records fold of exciting bands and artists, and a member of performing arts collective The Secret Circus. Spontaneous and with an undying lust for creative output, it’s impossible to say what she’ll turn her hand to next. 2019 release ‘Nudes’ was accompanied by an exhibition featuring self-portrait photography, along with illustration and video. She boxed off this special fortnight with an evening of live entertainment that featured the solo Beija we have seen before, followed by main support Beija on piano; and then headline Beija with the first outing of her full band. All three acts compelling and personal.

She has made a name for herself at independent music venues throughout the UK by rocking up with her laptop and leotard and demonstrating her deep ability to captivate audiences with this simple set up. Beija Flo’s live set has now evolved into a full band experience. Sometimes she is found on the piano, sometimes just her poems, but she is always the centre of attention.

Her attention is currently placed on finishing work on a trio of singles to be released as soon as she is ready. There’s a world to be built around them, that’s for sure. ‘Heads or Tails’ and ‘Waiting For The Sun’ are out now!

All of Beija Flo’s music, along with a selection of poetry, merch and artwork, is available on her Bandcamp, with all the proceeds funding the next releases: https://iambeijaflo.bandcamp.com/

An Alt-Pop artist, bringing his own bespoke fusion of electronic, hip-hop and pop to the local music scene. Jon-Lee is breaking out with a debut album already under his belt and a second on its way. His dramatic live performance captures his audience with incredible live vocals and a heart-pounding soundscape. Before you can fully realise it, you’ll find that you can’t help but nod your head to the sweeping rhythm of his powerful tracks.”
https://open.spotify.com/artist/3mDg8xI6AEJh5ouoY368KN?si=G5iDE7V3Q6eF_ZaUqtrWOw