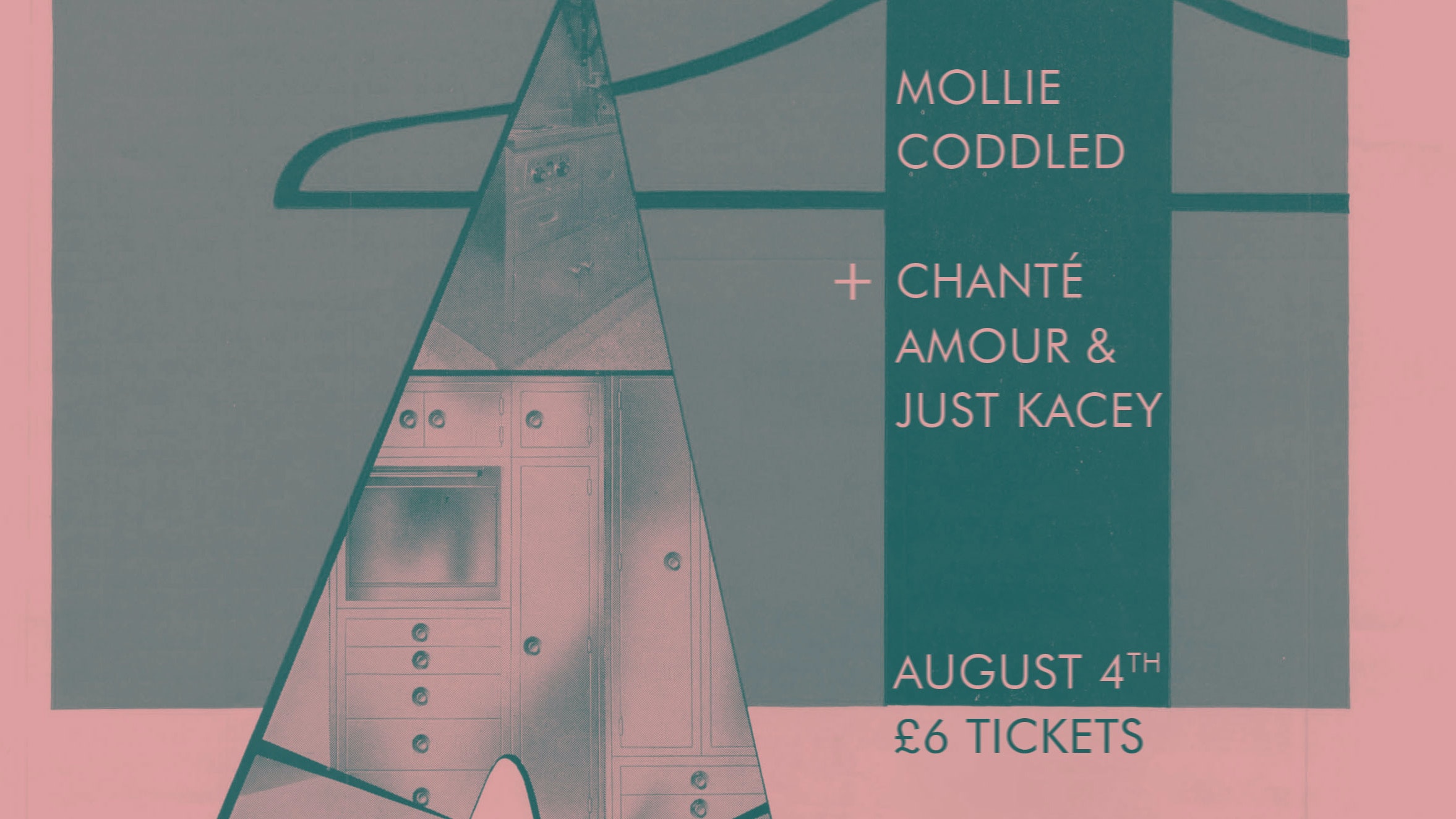 A night of music supporting female, LGBTQ+ and POC lead artists. Our first act Just Kacey are an up-and-coming all-girl indie rock band from Leeds. Their sound is heavily influenced by Blondie, Maggie Lindemann and The Mysterines.

Next up, we have Chanté Amour a socially conscious artist that pairs RnB vocals with contrasting trap beats creating a uniquely addictive sound. Her Soulful voice paired with unmistakeable hip hop flair makes for a truly revolutionary experience.

Finally, our headline act Mollie Coddled is a self-produced indie pop artist based in the north. Mollie merges dreamy indie and alt pop pairing soft, soulful vocals a soundscape of hazy, echo-laden guitars and synthesizers. She is influenced by the Bedroom Pop scene and produces her songs in her own bedroom, bringing an intimate feel to her music. Mollie’s self-released journey has been support from DORK magazine as well as huge support from Spotify, landing on New Music Friday and Fresh Finds. She has accumulated over 400k streams and has also received huge support from Amazing Radio; being featured on their A-lists, tracks of the year, ones to watch and more.

Cerise Hodgson and Molly Cree are promoting this event along side social enterprise; Come Play With Me. Aiming to offer development opportunities to those making music within the Leeds City Region on the Come Platform Me scheme, funded by Arts Council England. Find out more at https://linktr.ee/cpwm

Please don’t attend if you’re sick, feeling unwell, or have any Covid symptoms, it’s the safest thing for everyone!

We aim to make our events safe and welcoming for everyone irrespective of class, language, religion, belief, race, gender identity or disability (visible or nonvisible). If there is anything you feel we should have or any ways in which we can help you attend the event, feel free to send us a message or email sadie@cpwm.co / antonia@cpwm.co we’ll treat every suggestion with respect and discretion.