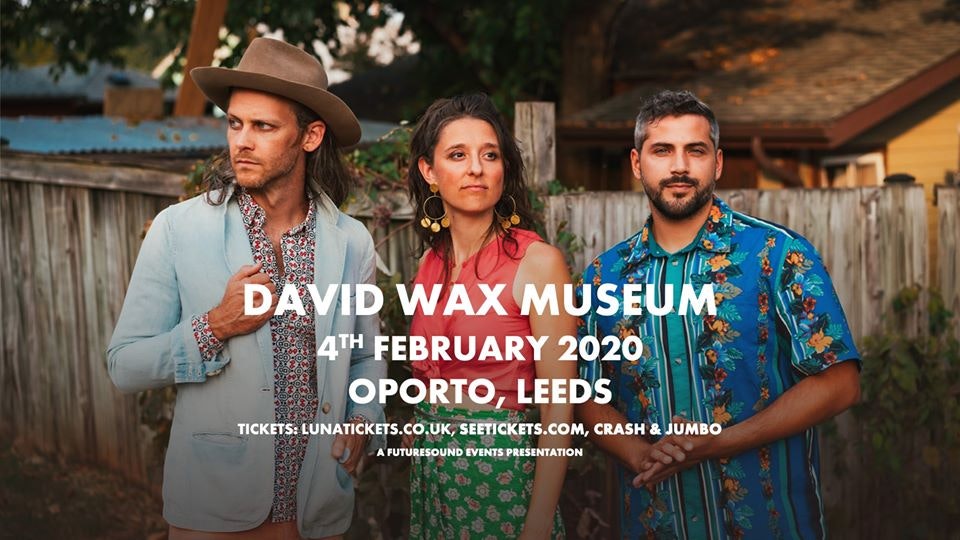 The roots of David Wax Museum stretch back nearly a decade, and all the way from New England to Mexico. As a student at Harvard, Wax began traveling south of the border to study and immerse himself in the country’s traditional music and culture. He met fiddler/singer Suz Slezak, whose love of traditional American and Irish folk music fused with Wax’s Mexo-Americana into a singular, energetic blend that captivated audiences and critics alike.

They come to Leeds at Oporto in February 4th in support of their 4th and boldest studio album yet ‘Guesthouse’ OUT NOW!