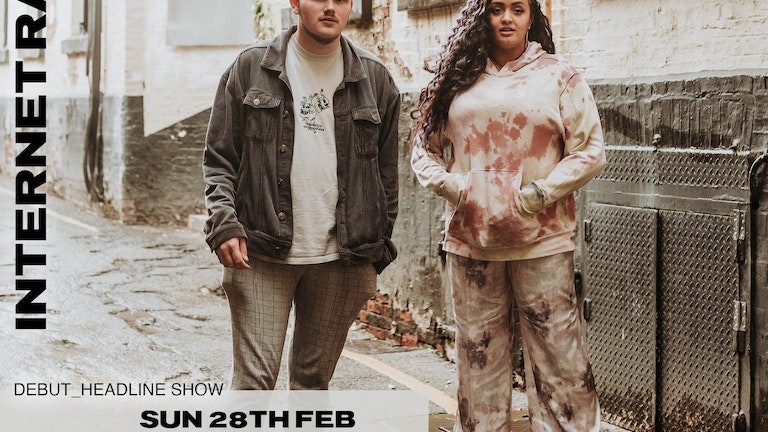 *sold out – afternoon show on sale now* – all tickets valid for new date.

Internet Raised: a fresh, excitable, innovative Indie/Pop Duo you’ve all been waiting for.

The members Oliver Pinder (20, from Wakefield) and Vanessa Maria (26, from Manchester) were both raised in Bradford, West Yorkshire, and have shared a strong passion for singing and songwriting from young ages.

‘Internet Raised’ derives from the idea of how our youth today look up to, and are influenced by a third parent – the Internet.

All of their songs are predominantly based on the concepts and themes of love, loss and growing, as well as the experimenting and improving yourself.

The duo’s name came from a poignant lyric in ‘A World Alone’ from Lorde’s debut album ‘Pure Heroine’; an artist whom is a large inspiration to the duo.

Oliver and Vanessa have curated an exciting, dynamic live show, consisting of Oliver on keys, guitars, percussion and vocals, and Vanessa focusing on vocal delivery, whilst playing some synth and percussion. They are hopeful to be able to tour in 2021.

In mid-2020, the duo took some original demos to James Kenosha, an illustrious Producer, known for his works with Birdy and Rhodes, and expanding on Oliver’s existing production.