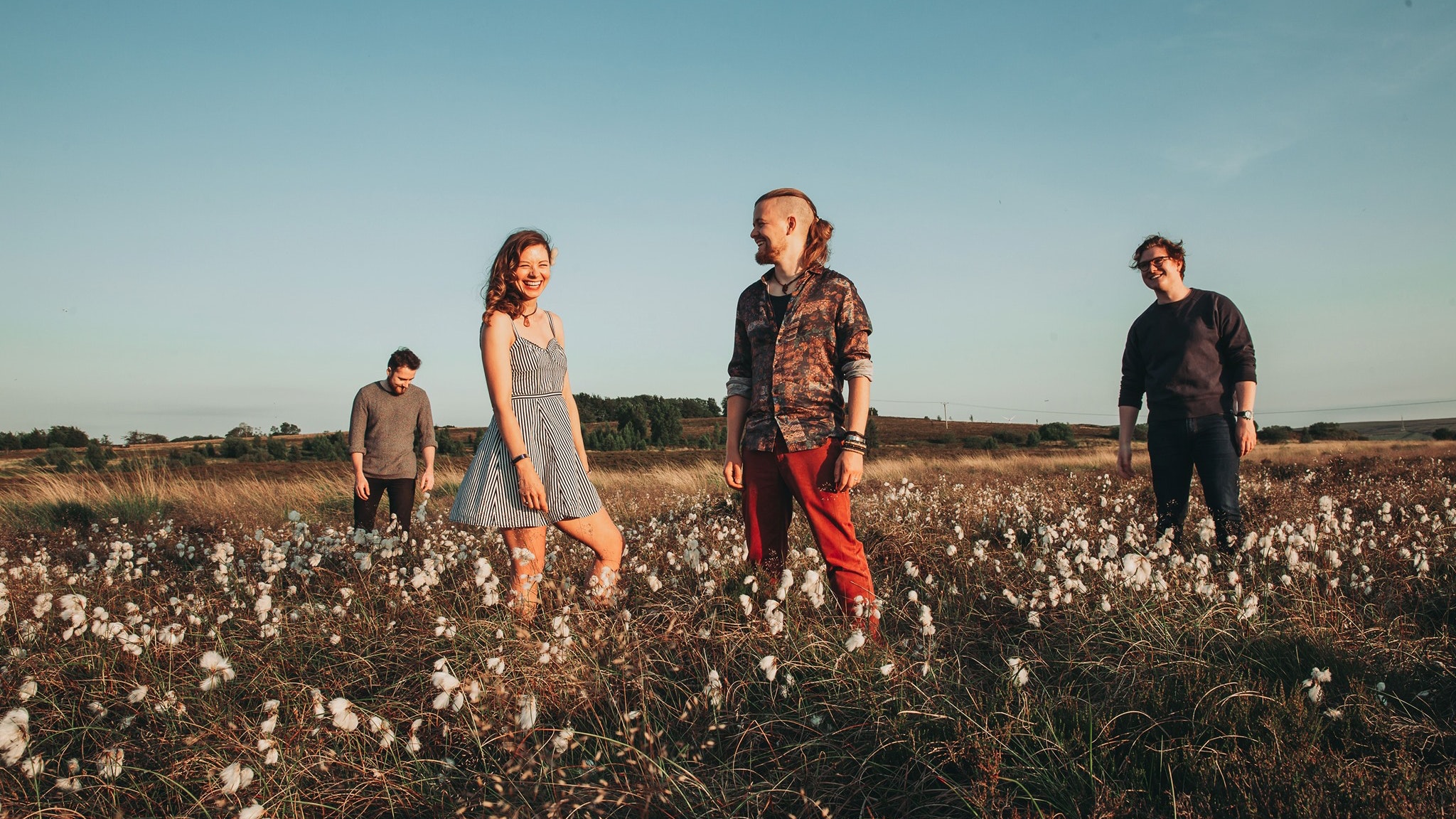 Mookie + The Bab are multi-instruments Abi Otway , Marc Otway, Will Stock and Conor Magi. They are a group of musicians that have been working together on various projects over the past 7 years that have seen them play many UK festivals, and short  tours in California , Nevada and Austin, Texas. In late 2019 they began new songwriting adventures inspired by the Climate Emergency, Floods, Fires and Desertification, exploring organic acoustic sounds and strong vocal harmonies. Due to personal losses and other traumas that 2020 bestowed, the music is reflective, yet often hopeful. Mookie + The Bab have had their sound likened to that of somewhere in between Fleetwood Mac and Mumford and Sons, and list Lumineers, Fleet Foxes and Wildwood Kin as being some their favourite artists. With plans of recording a studio EP now on the back burner because of the COVID19 pandemic, Mookie + The Bab have released a series of live singles and videos, that were filmed just before the lockdown. Set in the underground victorian tunnels in Bradford which has been transformed into independent bars, the band performed live takes of 5 songs in total, 4 of which are now available on all digital platforms, and recently released The Live EP ‘Gin Bar sessions’ on Bandcamp (The last single ‘Cold Road’ is exclusive to Bandcamp). Summer 2021 will see Mookie + The Bab playing some outdoor performances and getting in the studio to perfect recordings to release. https://www.mookieandthebab.com

Fully socialy distanced, seated only show. It’s a brave new world for gigs but all we know is that our show will leave your ears ringing and your jaw to the floor. Max 6 people or 2 households to a table.

Come and see for yourself… Tickets on sale now!