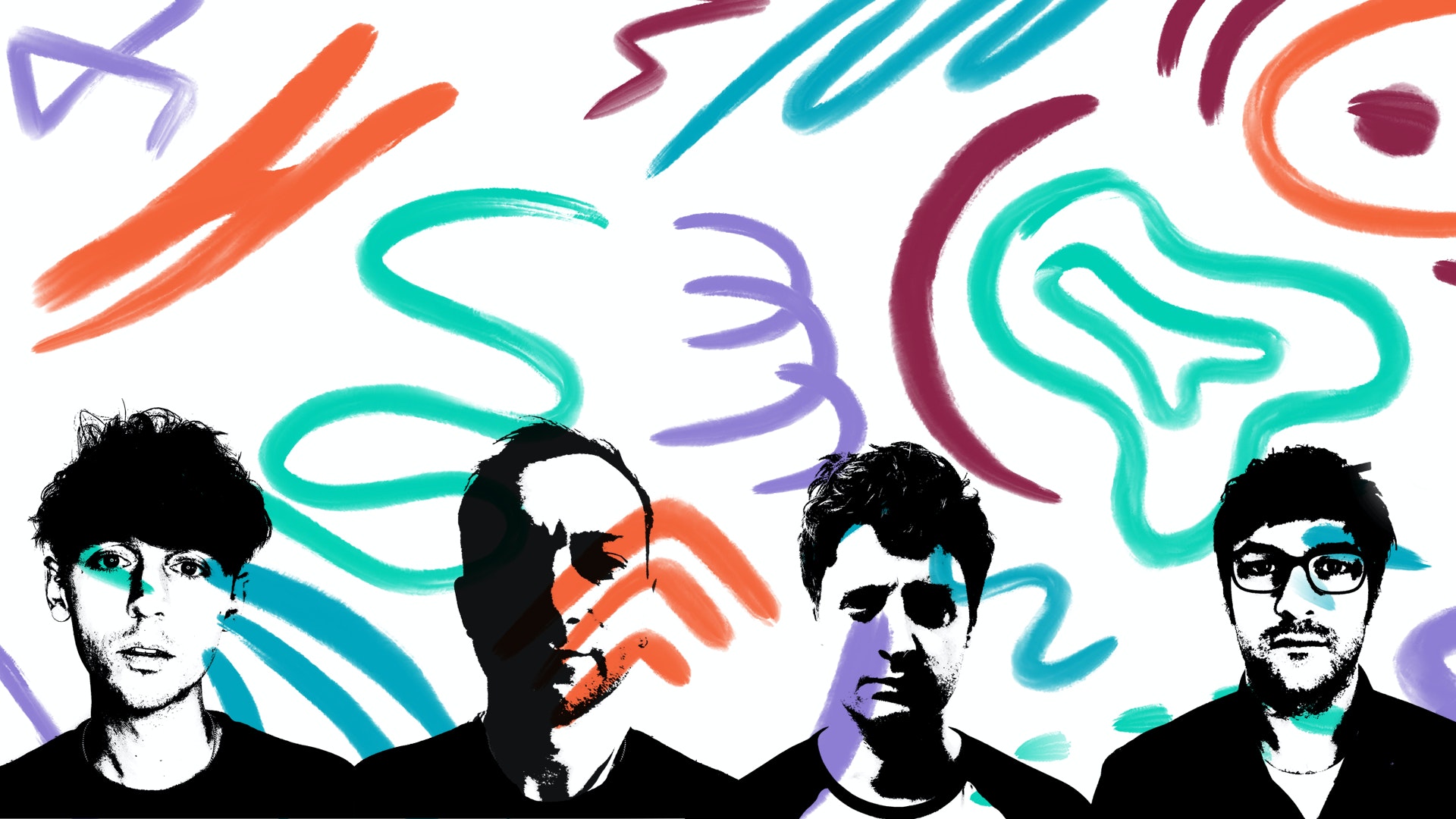 Too Much Future (postponed)

Too Much Future is a group of disparate musicians from Leeds / Bradford, West Yorkshire. Not many bands decide to record an album before they’ve actually met, but for the two pairs of old friends that comprise of Too Much Future, this is exactly how it played out.

In 2016 Owen Brinley had all but decided to give up on music, yet the mind kept turning and bringing new ideas – stripped of any adornment, back to the bare bones.

Through the twists and turns of following years and extended battle with chronic pain which informs many of his lyrics, a writing partnership with guitarist and artist Ben Holden was forged.

After a long search to complete the line-up, in 2018 they were introduced to drummer Joe Montague and bassist Anthony Ord by mutual friend and producer, James Kenosha.

In the basement studio of an abandoned chapel in Leeds, they arranged their equipment in a circle and set about honing an album of tracks from minute one.

When it came to recording, nothing was moved and they cut the album live in that exact formation – with as few takes as possible committed to tape.